This artwork is part of FORWARD’s Artist Unite to End female genital mutilation (FGM) project Hidden Scars, an exhibition exploring harmful practices such as FGM, child marriage and issues affecting African girls and women, both in Africa and in the global African diaspora.

The piece is based on notes Linett made in her sketchbook following a visit to Aida Silvertri’s ‘Unsterile Clinic’ exhibition / panel talk at the Autograph Gallery and also her first-hand experience of having to support a student who had undergone FGM as a senior leader at a school.

The repeated script represents the unheard voices and hidden scars of FGM, but moving from victim to survivor. A voice which defiantly states “I’m still here standing”. The numbers refer to the estimated number 38.9 per 1000 girls in Brent*, the borough where Linett lives and works in, who have undergone FGM
*City University London report ‘Prevalence of Female Genital Mutilation in England and Wales: National and local estimates’ July 2015 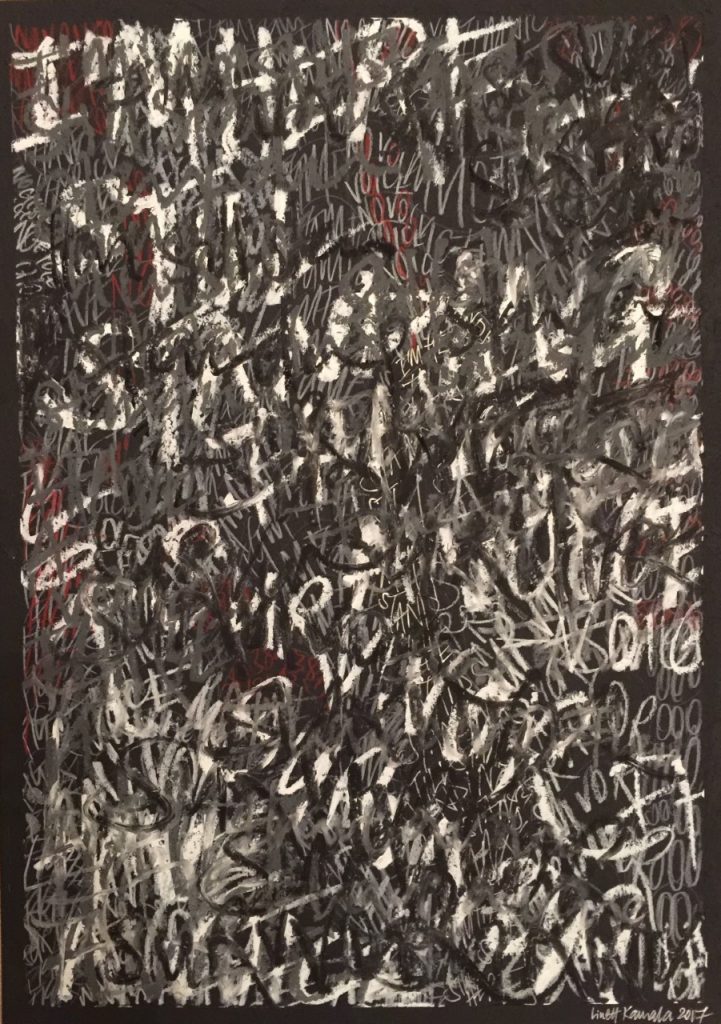